Businesses that are no longer keeping up with the times are always on the verge of being disrupted by a new innovation. The term “Disruptive Innovation” was first defined by Clayton M. Christensen in 1995. It is now known as the most influential idea in 21st-century business. In a study spanning from 1954 to 2014, Lingfei Wu, Dashun Wang, and James A. Evans explain how they were able to identify disruptive science by looking at the general trend of more than 65 million documents. The work they submitted was featured as the cover of Nature and was among the most discussed work in 2019.

Not all innovations are disruptive. For example, the first cars in the late 1800s were not a disruptive innovation because they were too expensive for what they offered people. They didn’t do anything to disrupt gas-powered vehicles since it was just an expensive luxury item. The Transportation industry existed without change until 1908 when the much cheaper Ford Model T appeared. The mass-production of cars meant that the market changed forever, compare for example to what it was like 30 years earlier.

When it comes to disruptive innovation, you’re much more likely to find it in the work of an outsider or entrepreneur than in that of a market-leading company. The business environment of market leaders does not allow them to pursue disruptive innovations when they first arise, because they are not profitable enough at first and because their development can take scarce resources away from sustaining innovations (which are needed to compete against current competition).

Less is more: Small teams are more likely to create disruptive innovations than large teams. A disruptive process can take longer to develop than by the conventional approach and the risk associated with it is higher than the other more incremental or evolutionary forms of innovations, but once it is deployed in the market, it achieves a much faster penetration and a higher degree of impact on the established markets.

Disruptive changes in business and economics can disrupt a country’s complex system, including systems related to economics and business. One can analyze systems for points of intervention, which are potential changes in the system. By identifying these points, one can then design a change to disrupt it.

Blue Ocean Strategy: The book that discusses the business strategy was published in 2004 and written by two INSEAD professors. They suggest that these strategic moves create a leap in value for the company, its buyers, and its employees while unlocking new demand and making the competition irrelevant. The book provides frameworks and tools to help companies unearth the blue oceans of uncharted markets. The original edition was updated in 2015, with an expanded version now available.

This strategy posits that there is still room for growth by creating new demand, achieving it with novel offerings, and then doing things differently. It’s all about creating and capturing uncontested market space to make the competition irrelevant. It’s based on the view that market boundaries and industry structure are not set in stone – they can be reconstructed by your strategy.

In a Red Ocean, the industry or market is already established and you have to stick to certain rules. That means that there will be more competition and it’ll be harder to compete effectively. Companies with too many competitors will find it difficult to make a profit because all the demand will be taken up by these companies. Products become commodities, leading to a cutthroat or ‘bloody’ competition. This is where the red comes in; it’s an acronym that stands for recognition, education and differentiation

Blue oceans are industries that have yet to be created in contrast to red oceans which exist already in a state of competition. In blue oceans, potential growth is abundant and more profitable due to the lack of competition. Blue oceans offer opportunities to explore without competition. Companies in blue oceans are able to set the rules of the game, rather than trying to follow their adversaries. The market space in a blue ocean is not limited by competitors and offers more possibilities, like untapped demand or new ways of solving an existing problem.

Click on the image above for the Disruptive Innovations & Blue Ocean Strategy webinar deck. 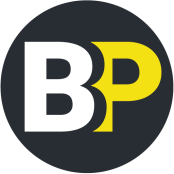 Submit a business inquiry online or drop us an email or call us for a free consulting session.